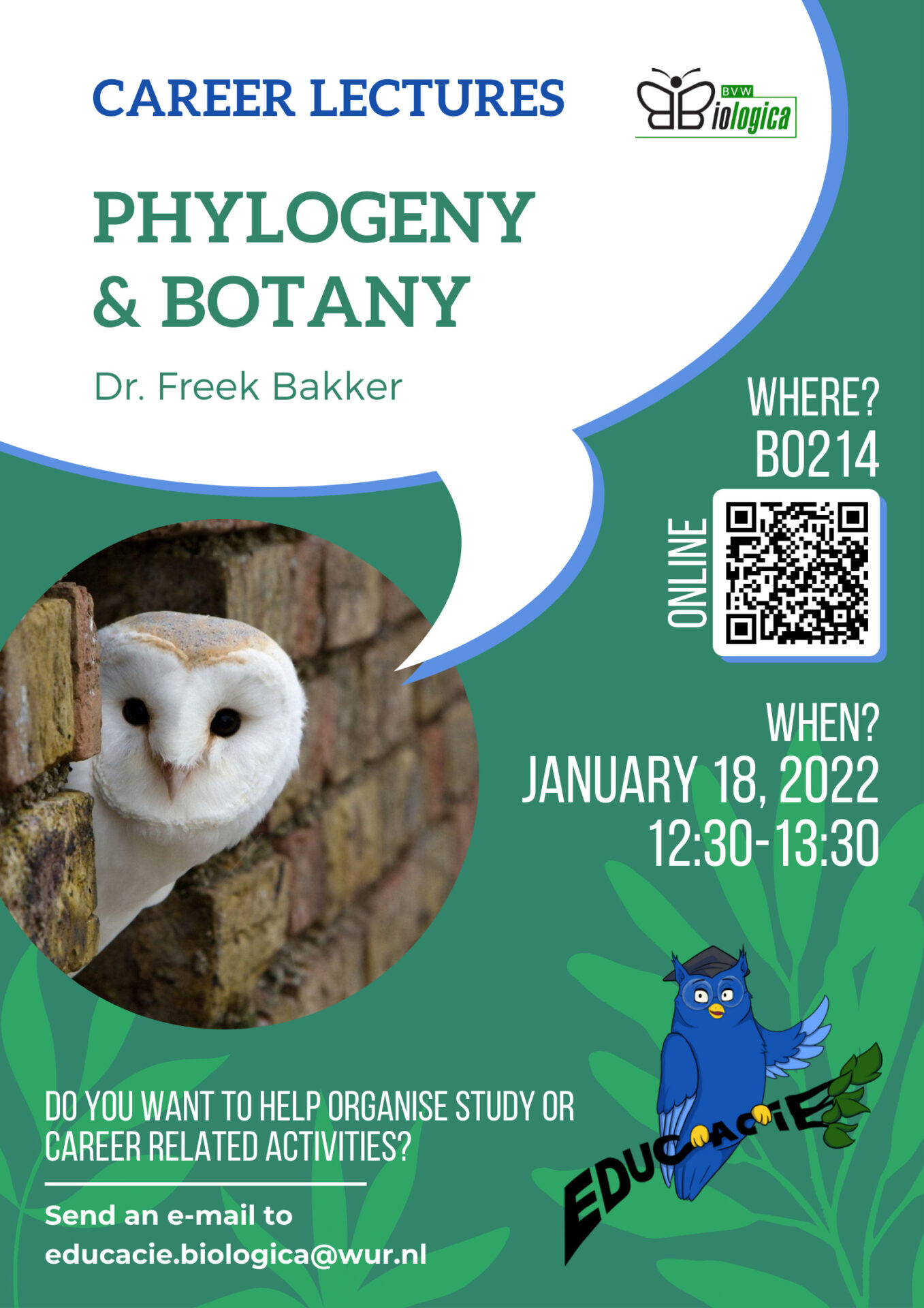 The first Career Lecture of the series took place on the 18th of January. Dr. Freek Bakker, assistant professor of Molecular systematics at the Biosystematics group at WUR, was delighted when we asked him to talk about his career. As the enthusiastic speaker that he is, he told us about his entire career, from graduating from the university to the most recent project he is working on. Freek told us how he did his Ph.D. in Groningen in the then newly emerging field of molecular systematics. He then joined the Department of Botany at the University of Reading in the UK on a five-year postdoc contract, during which he had to redo a year as a Ph.D. student, due to the high standards of the British institute. After this, he was able to join the project that led to the assimilation of all Dutch herbaria into the Rijksherbarium, as the representative of Wageningen University, becoming a postdoc and subsequently assistant professor at the Biosystematics group. Freek ended his talk by stressing the importance of asking questions, to find out whether you actually want a specific position/job, as someone near you and/or someone that is already on the job can give you advice on how the position/job looks from up close and if it really is what you want. We thank Freek for his time and presentation, all the students who attended this Career Lecture and participated during the question/discussion time, and we hope to see you at our next Career Lecture!